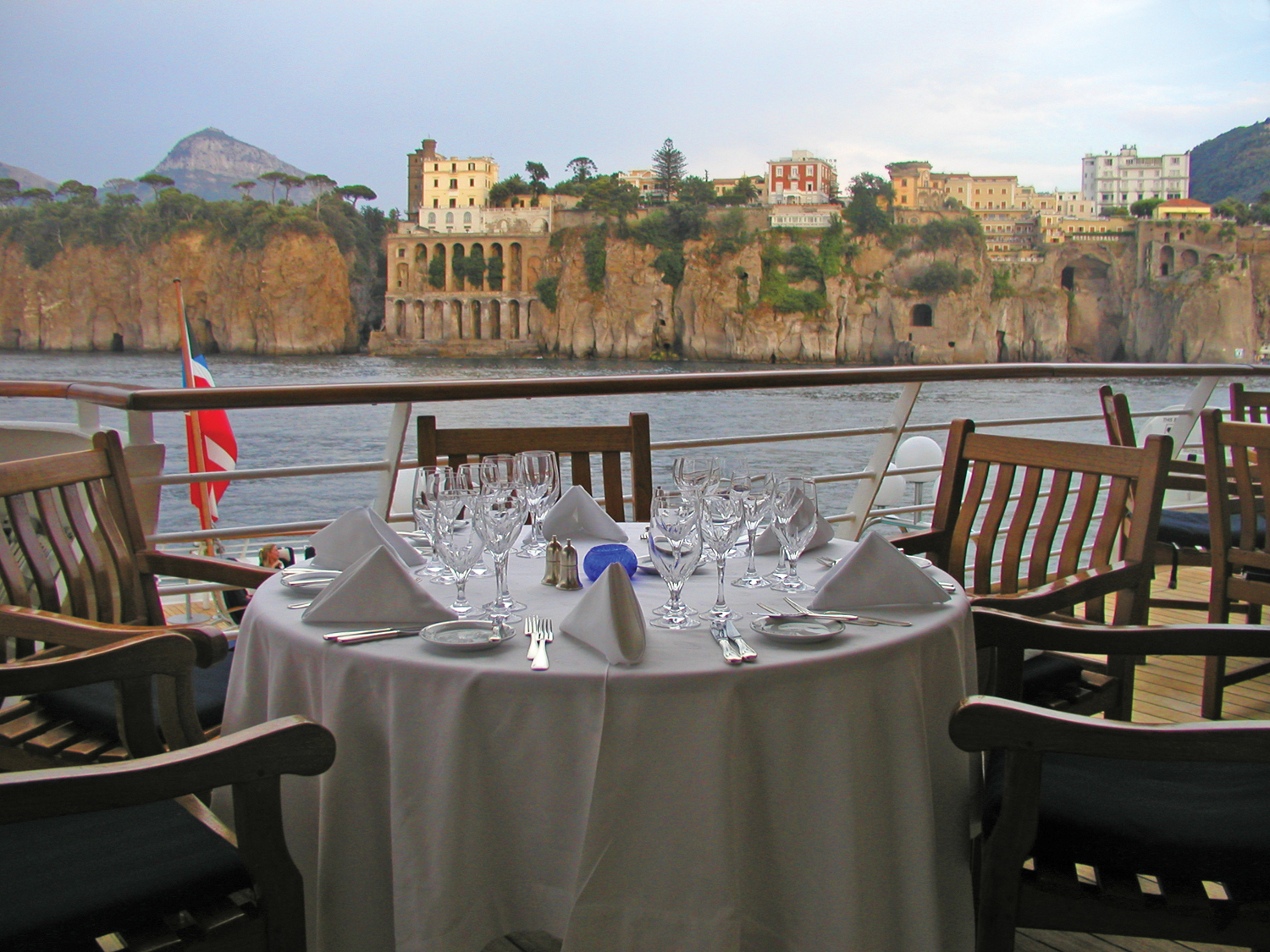 The world’s largest inland sea, enclosed by three continents, stretches more than 2,200 miles from the Straits of Gibraltar to the Black Sea. Offering a seductive mix of cultures, geography and history, the Mediterranean could be said to be the world in microcosm.

In Athens you can explore the imposing Acropolis, Parthenon, or sample Athenian life in the ancient Plaka district. Spectacularly perched on the side of a mountain in eastern Sicily, Taormina is popular with those wanting a taste of la dolce vita, but don’t miss the stunning Greek theatre carved from solid rock.

In Venice – known as La Serenissima – treat yourselves to a Campari at Café Florian in St Mark’s Square or a vaparetto ride along the Grand Canal. Legend has it that Santorini is the site of the Lost City of Atlantis; in Thira iridescently-white houses are adorned with wooden doors and shutters painted in vivid blues.

Founded by the Romans, Kotor lies at the head of the Mediterranean’s only fjord. Within the medieval walled city is a labyrinth of streets, elegant piazzas and Romanesque churches. From Livorno there are tours to Florence – the birthplace of the Renaissance – where the architectural wonderland that is Piazza della Signoria is truly breathtaking.