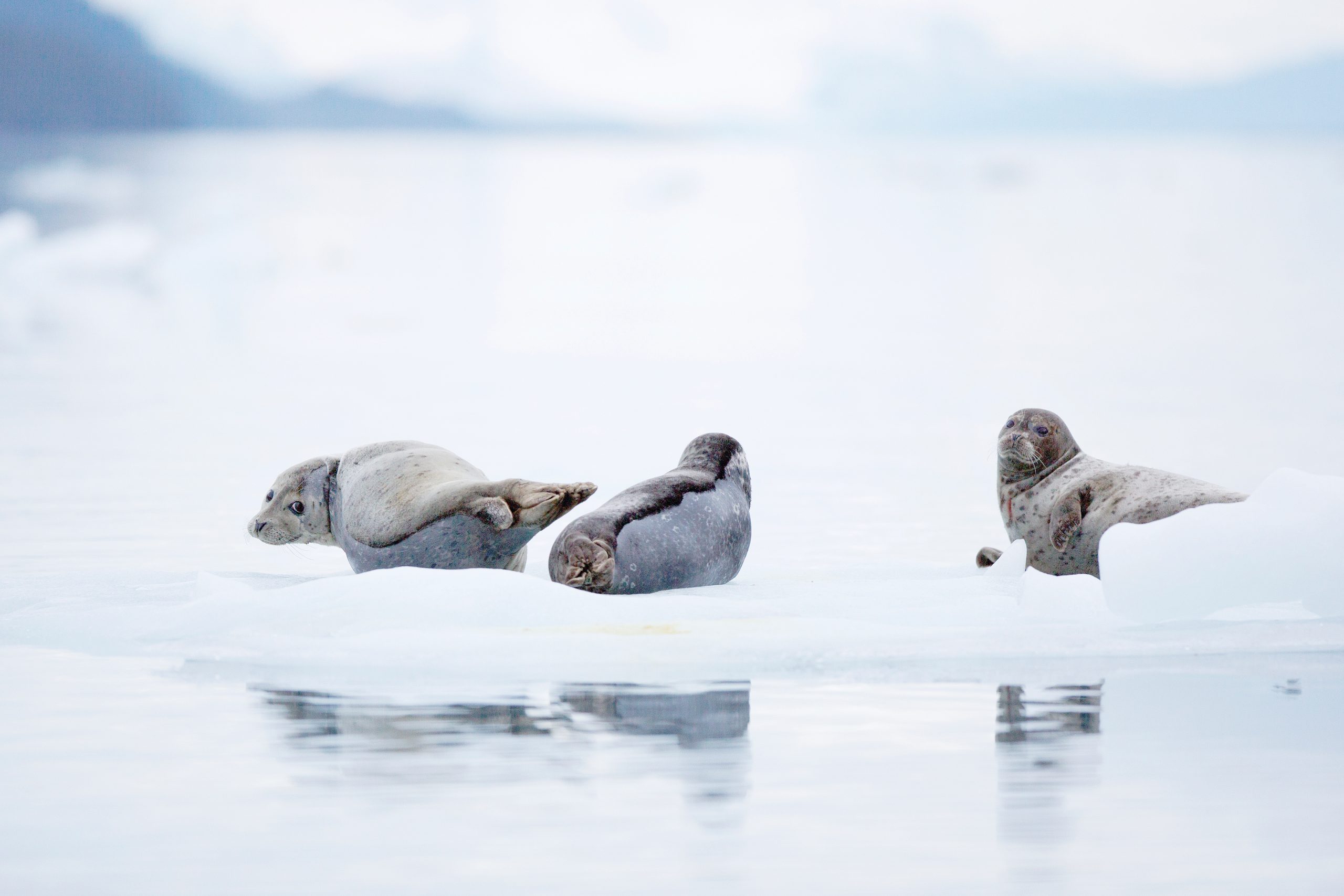 At the bottom of the globe lies the frozen continent of Antarctica encircled by pack-ice and covered by an ice-sheet several miles deep. The scene is set as cruises sail through the narrow Lemaire Channel, known as ‘Kodak Gap’ due to its delphinium-blue glaciers.

Explorations on board Zodiacs allow close encounters with the continent’s residents: Adélie, Gentoo and Chin-strap Penguins; Snow Petrels and Pintado Petrels, as well as Crabeater and Weddell seals. In the distance humpback whales breach the surface of the ice-strewn water.

Expedition cruises head to the roof of the world when the boundless icy vistas are bathed in perpetual midnight sun. In Greenland the Ilulissat Icefjord culminates in the Jakobshavn Isbræ Glacier in Disko Bay. Expedition ships glide through canyons of brilliant white ice, skirting massive tabular icebergs and smaller ‘bergs sculpted by nature and illuminated in vivid shades of blue.

Spitsbergen is the largest island in the Svalbard Archipelago, one of the most remote island groups in the world, located midway between Norway and the North Pole. Fearsome Polar Bear are camouflaged to perfection; while in the ocean, Walrus and Seals balance on ice floes as Beluga and Killer Whales spout jets of water from their blow-holes.